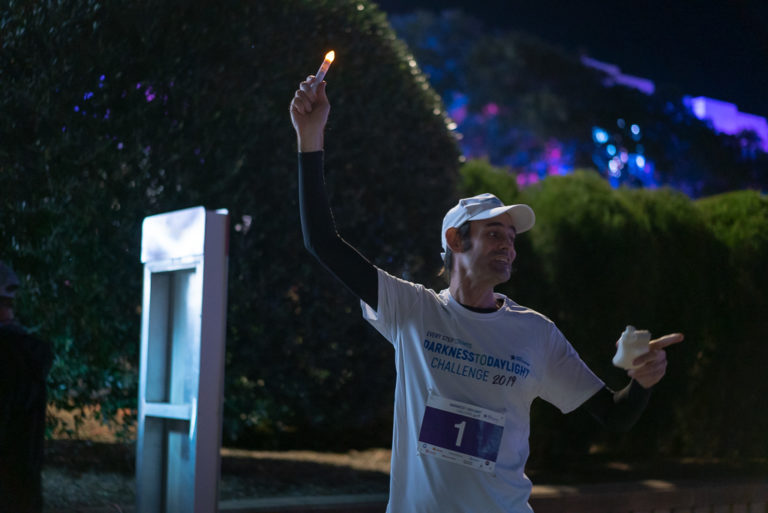 Meet the founder of Darkness to Daylight - Robert Reed

There is something special about participating in Darkness To Daylight. Being out running in the dark of night, carrying a candle that represents lives lost to DFV, knowing that every kilometre I cover represents one of those lives, seeing other people out there in the D2D shirts all participating in different ways (and now, in the days of virtual, in different places) but all part of a community wanting to put an end to the violence. Often in the middle of my run I reach a point where I feel like I can't go on. I'm tired, my legs ache, my stomach hurts, it's dark and it's cold and I'm sick of the circuit. Sometimes I come to a full stop. But then I remember who we are running for.

People who go through nights much worse than this, night after night, and not by choice. For me, the pain and isolation will end in the morning and I can rest. And so I take a deep breath and carry on.

I wanted D2D to be an event which raised awareness about DFV in the community and raise funds for the great work of Challenge DV. But more than that. Based on my learnings from my participation in Sacred Run 1995, I wanted this to be about running for a reason and with the cause embodied in every aspect of the run itself. To give people the opportunity to experience something unique and special and do something physical and meaningful about DFV prevention. To challenge people to do more than they ever have before – whether that's a 110km run or a 3km walk – and to do that for the right reasons and in such a way that each person gains a deeper understanding of the issue of DFV.

I hope people have fun participating in D2D but that the conversations about the experience and the meaning of the run echo across the world until there is an end to the pandemic that is DFV.